Last June, Jerry Wood (BCH ‘55) sent me a copy of the 1957 Chili Queen candidates that he colorized.  It sort of fell by the wayside until I heard from him again recently.  This time, through his correspondence with Mary Jo Witte who was a member of that group, all the girls in the photo are now identified.  They are (l to r):  Sally Stevens, Connie Bryant, Kay Buckwalter, Carol Chester, Carol Maryott, and Mary Jo Witte.  (Click on image to enlarge.)

Now if anyone would like to verify the girls’ hair colors, please help Jerry out.  If you know who the two grillmen in sombreros are, that would also be helpful.  My only comment about the colorizing is that the stripes on the wall should be red and white.  Jerry invites you to see a recent photo of him and a few other Beloiters that he posted to the Beloit Daily News web site at:

Here are some other crowd photos from Chili Festivals. Maybe you can name the year or spot some familiar faces — even your own! — and let everyone know by leaving a comment.  (Click on the images to enlarge.) 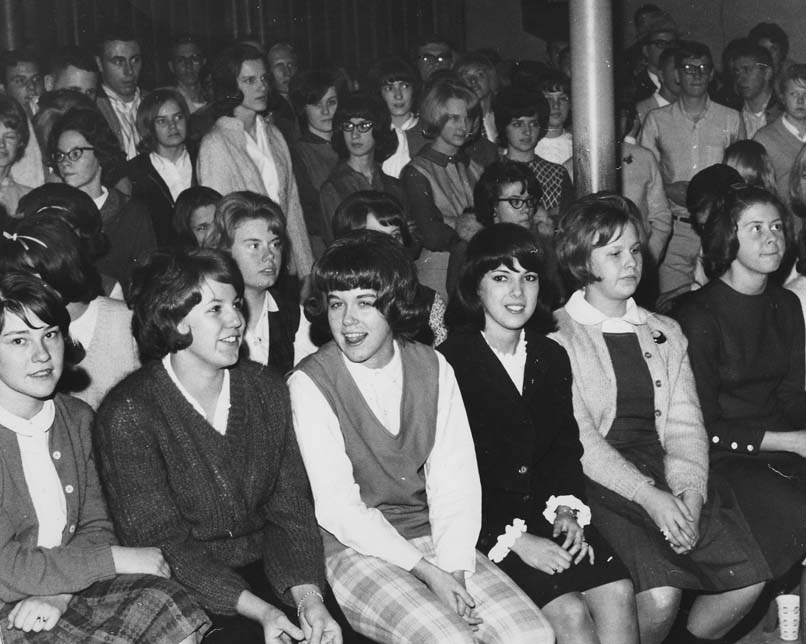 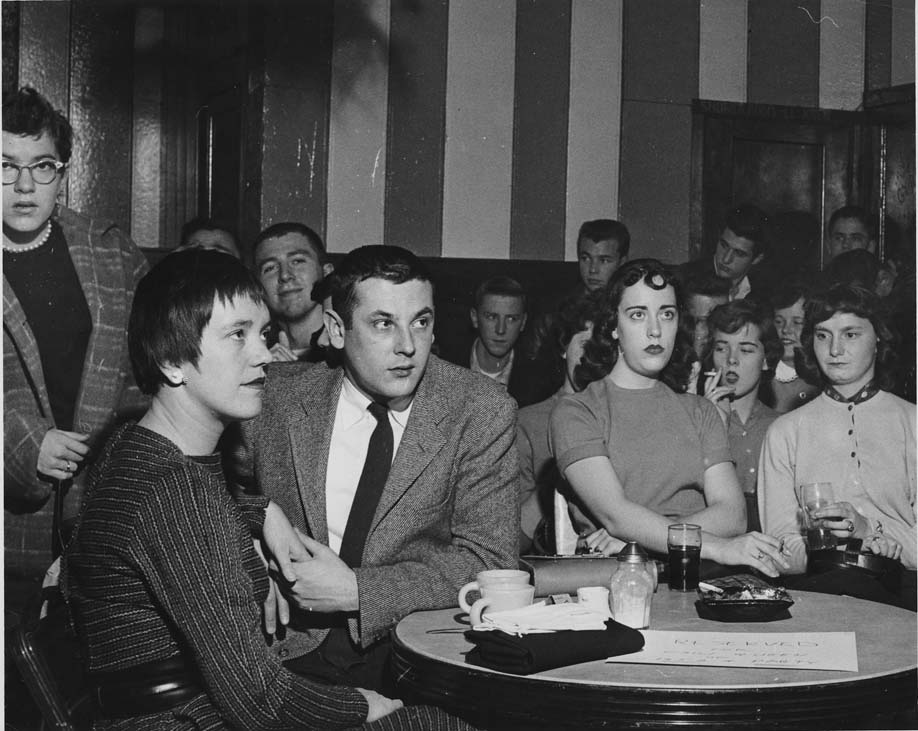 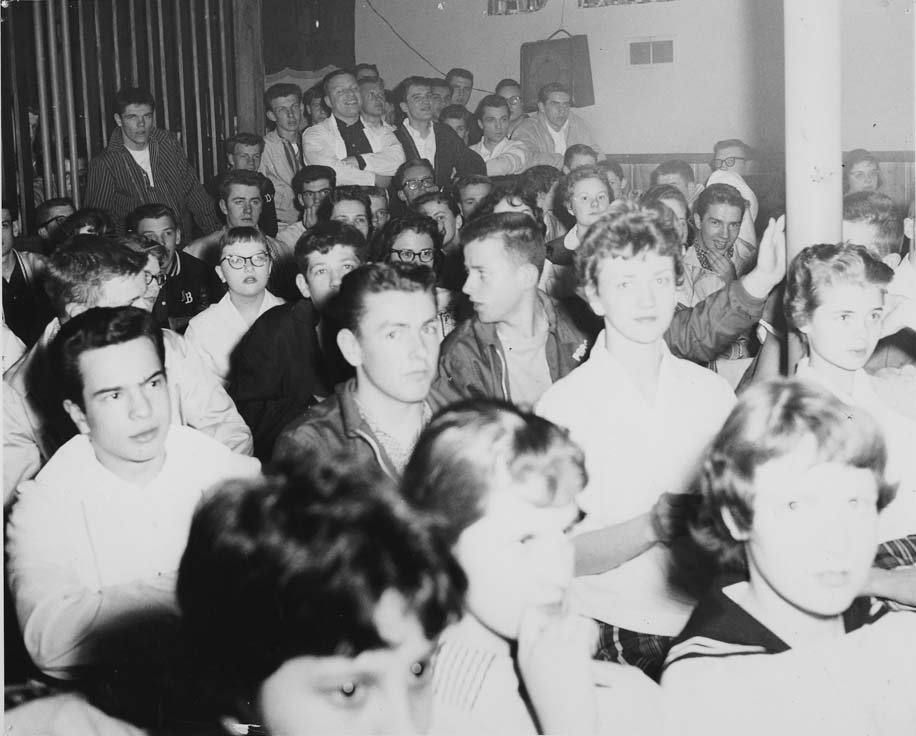 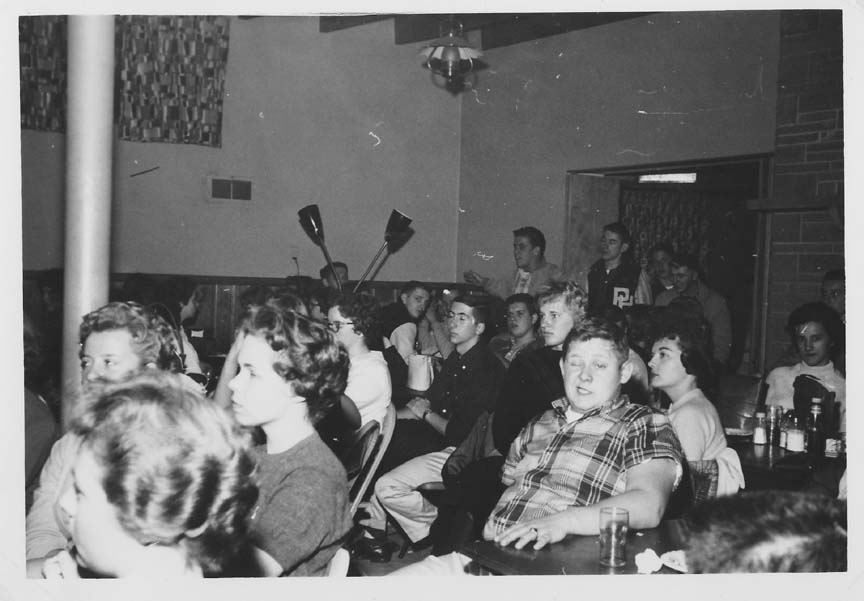