Here’s a copy of an advertisement that appeared in the Tuesday, March 11, 1958 Beloit Daily News promoting the grand opening of “The New Club Pop House.”  This was after the 1,500 square foot addition was completed that included a new entrance, new kitchen and lunch counter, a fireplace, and more seating.  This is a copy from a microfilm printout.  The quality, particularly of the pictures, wasn’t good enough to be included in the book.  However, the story and some individual photos of the remodeling and the festivities are in the book.  The photo on the left in the ad is of the exterior of the Pop House shown from Fifth Street.  It appears in the book on page 34.  The photo on the right is of the 1957-58 Chili Queen Carol Maryott and her court who presided over the parade and opening ceremonies.  It would be interesting to know if any of the companies and people who helped with the construction or who were there that evening are around more than fifty years later.  (Click on the image to enlarge in your browser.) 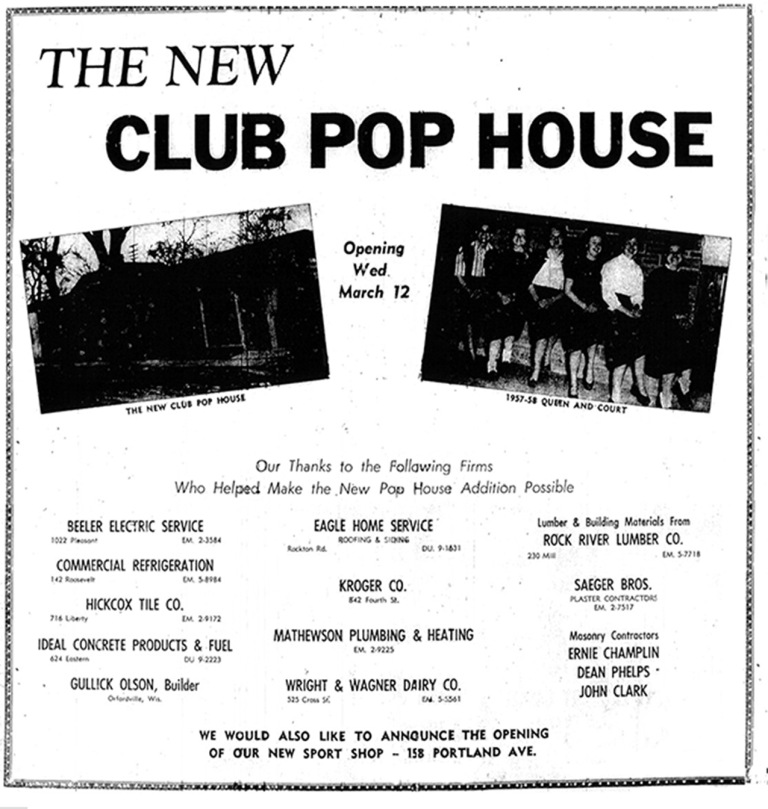