OK… Here’s another “Whoozdis?”  Just one photo this time.  The young lady front and center is my cousin, Mary Parrinello, a frequent patron of the Pop House around 1960-62.  Who is the dude she and all the other girls in the picture are looking at?  Mary couldn’t remember, but one of her sisters thinks it was Bobby Rydell.  Is that right?  Let’s hear what you think.  Bonus points if you can identify the other girls, too. 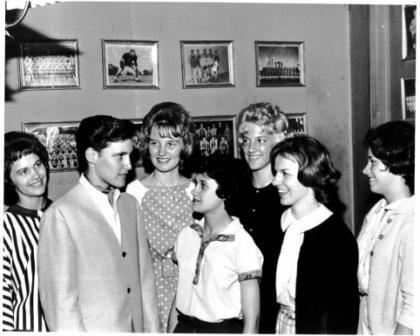 13 Responses to “Someone famous…?”