Followed up on a sixties Beloit band named The Chevelles (not the current Australian power pop group) with band leader Tom Chekouras (guitar).  Tom provided me with the line-up changes that occured throughout the history of the group.  If anyone has a copy of the 45rpm single “Debbie I Love You b/w You’re So Wise” recorded by The Chevelles on the Leaf label, please let me know.  Here are the musicians who worked in The Chevelles over a three-year period…

If any of you are reading this, please drop me a line.  Bill Meeker (drums) went on to work with Ben Sidran and with Elvin Bishop.  He also appeared on American Bandstand in 1970 with Norman Greenbaum (and Russ Dashiell and Doug Killmer) in Greenbaum’s touring band.

As for Tom… after relocating to the Milwaukee area he hooked up with a band in 1973 and transitioned 100% over to keyboards.  He’s been a keyboardist ever since, playing a monster syntesizer rig.  He currently plays in a project band (i.e. no outside gigs), getting together about once a month to play power rock material such as Kansas, Deep Purple, Styx, etc. just for the fun of it.  It was great to hear from Tom.

**UPDATE**  Got a chance to spend a day with Dave Hernandez and his brother Jim, both fine Beloit musicians with a long history of interesting bands.  So, I’ll be writing more about them in a later blog item.  In the meantime, here is a photo of the Chevelles that Dave provided… 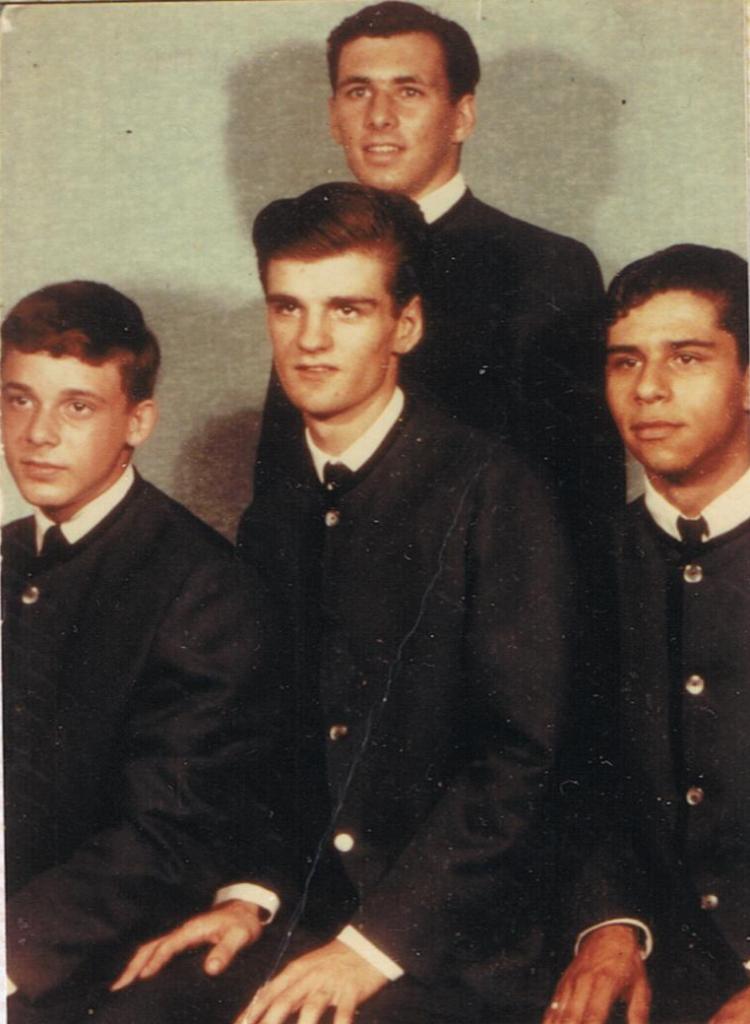 3 Responses to “The Chevelles”